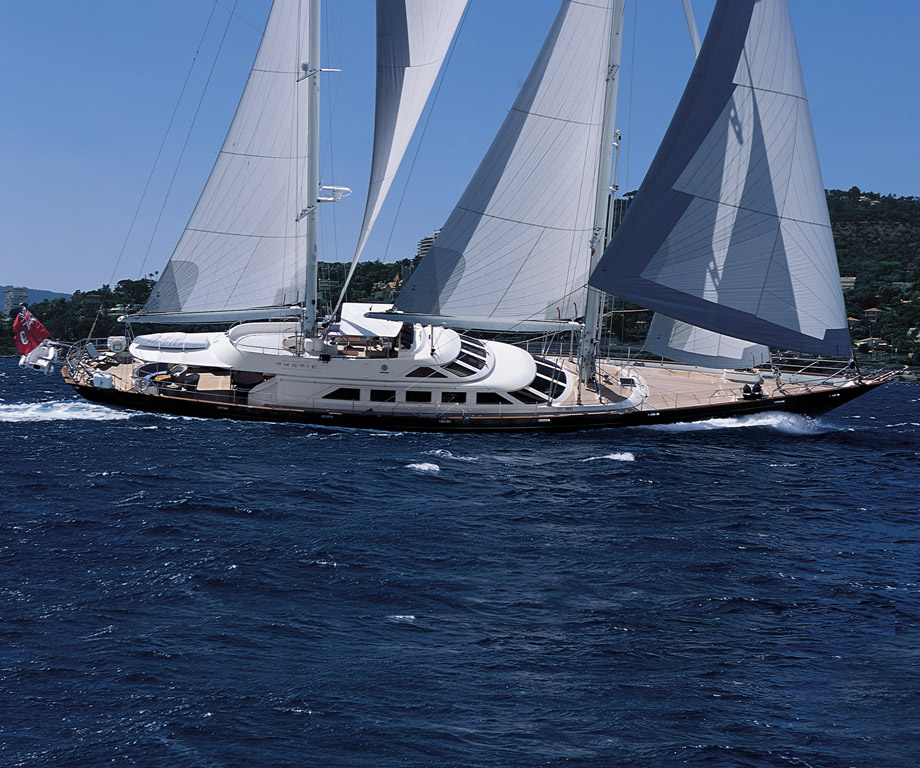 Previously S/Y Thetis, this yacht was a sister ship to S/Y Principessa Vai Via, and second of the 40m series. Originally started on speculation, more than one Perini owner started their interest in this 40m, diverging to the larger 46 or 48m’s – to such extent that some industry peers nicknamed her the prop! S/Y Ellen was built for the previous owner of a 30m yacht, who would subsequently commission a second Perini Navi – the 56m Selene. The yacht’s interiors are in warm cherry with exquisite carvings, designed by Perini Navi.